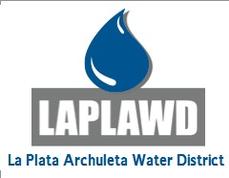 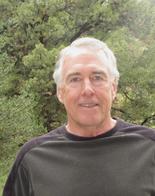 Ron Dent was appointed to the board in October 2014 to serve District 1.  He filled the unexpired term left by the death of Marvin Conrad.  "It's important for me to serve my community," Ron said, "this is something I can do."  His experience, both varied and in depth, bears this out.

Many will remember Ron's work as Director of Aviation at Durango - La Plata County Airport from 1986 to 2013.  Among his accomplishments

Dan Lynn's reason for serving as a director is, "My family and I have lived in the San Juan Basin for almost 30 years and we care about our neighbors and our ability to maintain a viable water system for rural residents."

Dan's 30+ years working for Natural Resources Conservation Service for 30+ years in Colorado made him familiar with water legislation, water rights, and the impact of growth on water use. 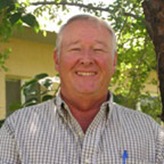 Knowing that trouble with an aquifer could come at any time and for any number of reasons motivates Dan to get LAPLAWD built as soon as possible. His awareness of economic reality guides his decisions toward the systematic and cost-effective deliberate steps to put a system in place to replace wells that no longer produce the quantity and/or quality of water they once did. 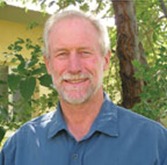 Dick Lunceford has been farming and operating other businesses in La Plata County for 26 years. He has spent about half his residence here trying to create a water system for this area to provide affordable living options for all economic classes.

Dick observes, "Water development without a rural delivery system will only become more expensive through time. Our population in this part of the county is doubling about every 30 years, and the aquifer that supplies most of the existing residences and new growth is in decline. More and more existing residents will be forced to haul water until we get this system built." That strongly held belief led him to chair LAPLAWD's Board of Directors.

Mark Williams found Fort Lewis College in the 1970’s, but Colorado State University pulled him away. Since February 20,1980, his vision of the best place to live, work and raise a family means he and wife Donna have lived in Pine River Valley. They continue to make their living close to the land, along with sons Tyrell and Wyatt

Mark started as one of the youngest of Young Farmers in 1981, served on the County Committee for US Dep’t of Ag Farm Service Agency, is a long time member of the Livestock Committee of La Plata County Fair and a founder of the Silver Stakes Award, advised Ignacio High School FFA for 15 years, works to keep Spring Creek Hall a community meeting place, coaches and cheers whatever endeavor one of his sons chooses, is a dedicated rider for Spring Creek Ditch, has served on Los Pinos Fire Protection District board for 14 years, supports both Ignacio and Bayfield school districts, and serves church and Bible study groups.

Mark joined the LAPLAWD board three years ago and is now Treasurer.

"I do it because I care. I see people hauling water and watch young couples getting started who don’t need another dry well. This district can make life better. It will happen in my lifetime." 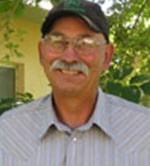 were acquiring, managing, and developing water rights for the airport; overseeing construction of new water and wastewater treatment plants; and creating and building the distribution and collection systems for all airport tenants and the BP Operations Center for water and wastewater service.